The games that defined this genre were the Quake and Unreal series of games. They required the most amount of skill in terms of aim, movement, tactics and resource management. The element of luck is kept to a bare minimum and no special advantages are accorded to weaker players. They were the gold standards for competitive, multi-player shooters.

Why are arena FPS no longer popular?

Almost all fans of AFPS (myself included) agree that the best ones were those from the early days. How much our judgement is clouded by nostalgia is debatable but the joy of playing something truly innovative was real. In today’s gaming scene, they find themselves in a dire situation both in terms of sales and player numbers. It’s been two decades since the glorious days of AFPS, but why are they almost completely disappeared today?

The most recent AFPS are Quake Champions, Reflex Arena, Warsow, Xonotic and Toxikk. None of them have managed to significantly grow their player base. Quake Champions — despite being heavily criticized by the community — garners the highest average player count, with Quake Live not far behind.⁠[2] In the broader context, even the combined player numbers across all these games are disappointing, hovering in the low thousands. 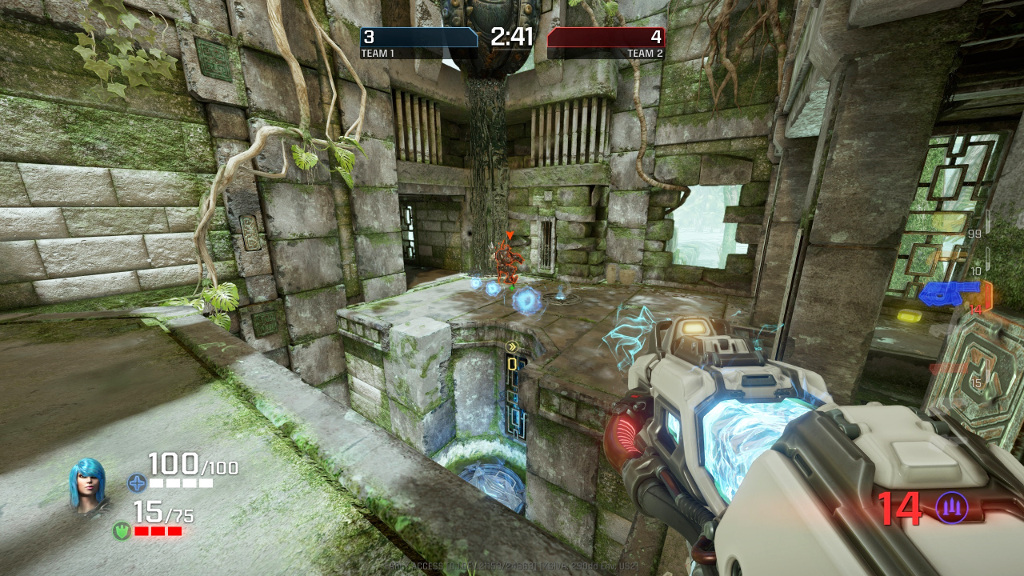 The Unreal camp isn’t doing well either. Epic started development of a new Unreal Tournament game during May 2014. Four years later, development was officially stopped and its developers were transitioned to work on Fortnite.⁠[3]

As with most things in life, the answer involves a multitude of factors. There isn’t just one reason why they have diminished. I enlist and explain below, what I believe are the major factors that have contributed to its decline. Not all of these factors have an equal impact but are important nonetheless.

Competition from other games

One of the main reasons why AFPS were popular back then was due to a lack of competition. The technology was brand new and the novelty factor contributed to them being, in some sense, the only choice. By contrast, the gaming market today is saturated with titles across a wide array of genres. Games and hardware have come a long way and so have the expectations of gamers. If an AFPS is to succeed, it needs to go above and beyond what AFPS have been doing for the past two decades.

One of the strengths of AFPS are its different games modes, movement systems and mods (user-made modifications). While it’s great that everyone finds something they like, this concept deteriorates quickly as number of players dwindle. Players often choose only the modes they love. Given the sheer number of modes available, they find it increasingly harder to find matches. The idea is that choice leads to survival of the most popular mode. True, but players of the less popular modes often move on to other games. They don’t start playing modes they don’t enjoy.

Due to their fast-paced nature, AFPS are particularly demanding in terms of network latency, further dividing players among servers in different geographic locations.

The community is also severely fragmented in their expectations among traditionalists, progressives and everyone in between. Balancing innovation with tradition has been an on-going struggle and remains the hardest problem to solve in AFPS game design.

AFPS test your skills in a variety of ways, beyond just aim. Being adept at movement, timing items, optimal weapon selection and keeping tabs on enemy health become increasingly important for success. Mastering even one of these aspects can take months if not years. In this sense, they are more hardcore, but I doubt that their difficulty is the main reason why they are unpopular.

I’ve recommended AFPS (Quake and Unreal Tournament games) to many gamers over the years. Almost always the reply has been that they are too “hardcore”. I suspect part of what fuels this notion is that they are brutal 1 versus 1 games. The most famous matches, especially for those outside the scene, have always been 1 versus 1 duels. In reality, the majority of the game modes are actually team-based which are easier for casual players.

With well-made tutorials and good matchmaking, I believe it’s possible to introduce players more gently into the game. For newer players, it’s essential that they get matched against other players of similar skill.

Older games like Quake Live had no matchmaking. Instead, they had a server browser where players can find games or host one themselves. This gives players more control, but also has problems if it’s the only option available. Server browsers can be overwhelming for new players; with custom rules, mods, ping restrictions and player elitism; further inhibiting their entry. 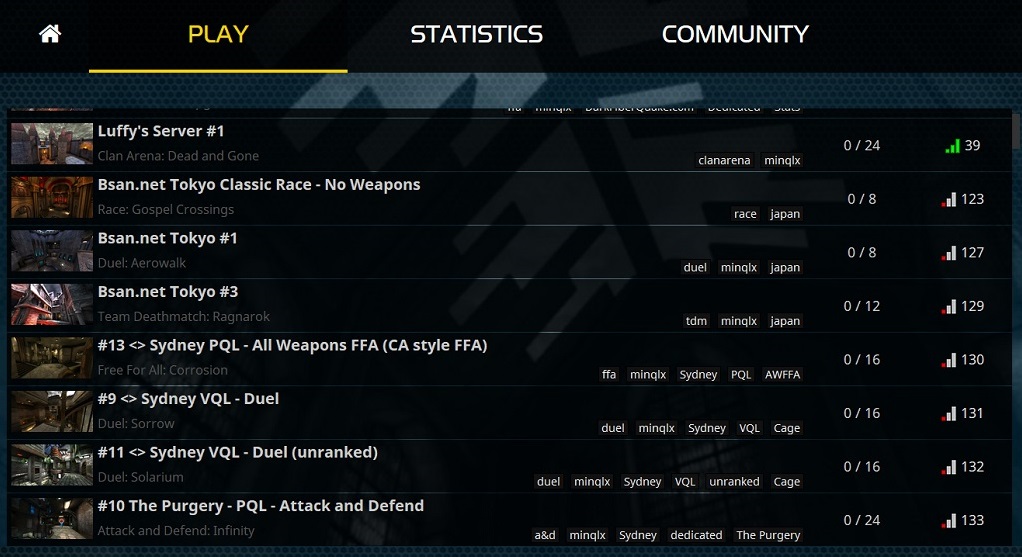 Matchmaking, when implemented well, alleviates some of the issues with server browsers and is ideal for the majority of casual players. However, without a server browser, dedicated players are left with fewer options and it facilitates the games as a service model.

If a game falls below a certain threshold of players, neither of these features are solely going to revive the game.

With the exception of Quake Champions, all recent AFPS were the works of indie studios with hardly any marketing. Though Quake Champions had exposure at the E3 expo a few times, it lacked sustained promotion (among various other issues).

Raw input, server browser, map editor, continuous lobbies and other features often spouted by the community, pale in comparison to marketing. Why? Because a dead game despite being chock-full of features is useless. Reflex Arena ticks all the checkmarks that the community claim are essential for success, but who has heard of this game outside the hardcore AFPS community? Nobody.

A well marketed game doesn’t guarantee success, but a game without any marketing has a higher chance of going unnoticed. There are a few great games that succeed without much marketing, but these are the exceptions rather than the norm.

It’s the usual chicken and egg situation. As the years went by, fewer and fewer players play AFPS, because only a few play them. Most people won’t bother checking out (or even recommending) a game that doesn’t have an "active" player base. Breaking this vicious circle requires a standout game that creates sustained interest and gains momentum. The all-time peak player count for Quake Champions was only ~17K players worldwide.⁠[4] Sadly, this did not translate to a sustained player base in the months that followed.

All is not doom and gloom in the AFPS world. The GD Studio, an indie game studio based in Sweden, had announced successful crowdfunding for their new AFPS title Diabotical in August 2016.⁠[5] 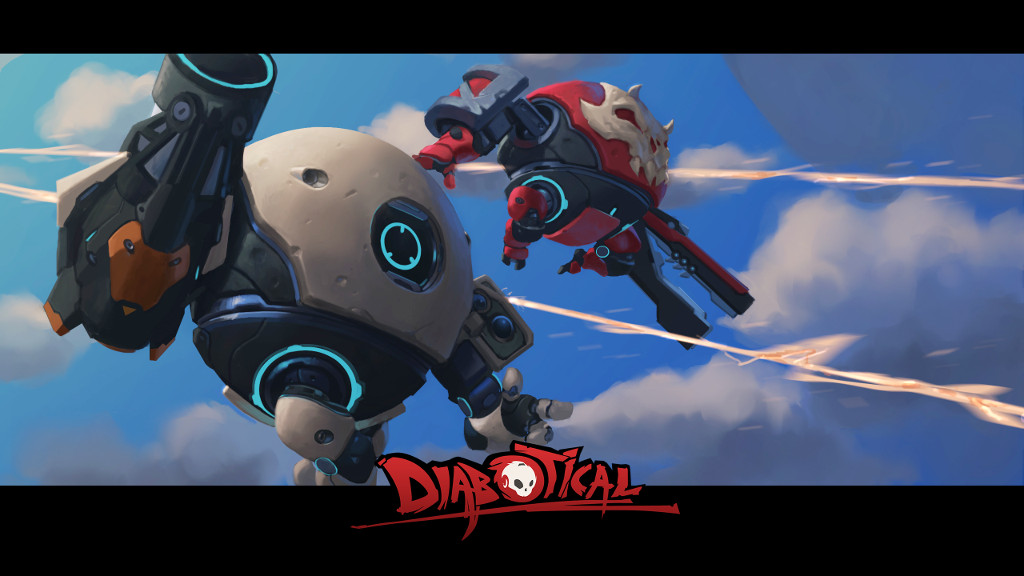 Diabotical - An upcoming arena shooter from The GD Studio

Diabotical has been in development for several years, with a rather transparent development process. Updates on its progress are streamed on Twitch every month. A Trello board is also available for those interested in tracking its progress more frequently. The developers also hang out on a Discord server that’s open to the public.

The GD Studio’s founder, James “2GD” Harding, is an former professional Quake 4 player with experience in the esports industry. Given his passion and credentials, there’s a part of the AFPS community that’s optimistic about the game’s future.

In December 2019, The GD Studio announced signing an exclusive deal with Epic. Epic has funded further development of the game, which The GD Studio believes will help them work on the game for at least 2 years after its release. Diabotical is slated to be available as an Epic Games Store exclusive, free-to-play game in 2020.⁠[6]

The decision to not release the game on Steam and as a free-to-play title are difficult ones to make. How much this will impact the success of the game is up for debate. As an AFPS fan, I’m hopeful that arena shooters will rise again.